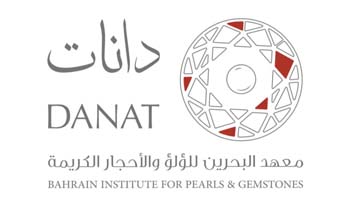 In line with the directives of His Royal Highness Prince Salman bin Hamad Al Khalifa, Crown Prince, Deputy Supreme Commander and First Deputy Prime Minister and as per the Kingdom’s national plan to revive the pearling industry in Bahrain, as announced by HRH the Crown Prince at the 2017 Government Forum held under the auspices of His Royal Highness Prince Khalifa bin Salman Al Khalifa the Prime Minister, Bahrain Mumtalakat Holding Company (Mumtalakat) has established Bahrain Institute for Pearls and Gemstones (Danat) BSC (closed) Company.


In launching Danat, the government aims to ensure the Institute becomes the world’s preferred partner for natural pearl and gemstone third party verification services. Danat will serve both local and global markets and bolster the reputation of the Kingdom as a leading centre for gemstone expertise.

The institute, which combines local and international experts with the latest industry technologies, will collaborate with leading institutes and laboratories from around the world. Its newly appointed CEO, Kenneth Scarratt, is one of the world’s foremost authorities on natural pearls, having served the industry for over 40 years across various regions including Europe, Asia, the United States and the Middle East.

"With the backing of HRH the Crown Prince and under the guidance of Shaikh Khaled bin Abdullah Al Khalifa, Deputy Prime Minister and Chairman of Mumtalakat, Danat was established to build on Bahrain’s distinguished pearling history and heritage, and to tap into the rapid growth of the jewellery industry across the world. The institute is supported by a diverse team of local and international gemologists and pearl experts," explained Mumtalakat CEO, Mahmood H. Alkooheji.

Alkooheji further noted that a Board of Directors would be formed to help guide the institute’s development and that Danat’s range of services and products include the issuance of verification and authentication reports; continuous scientific research and analysis of pearls and gemstones; and the provision of ongoing training programmes in the field of gemology.